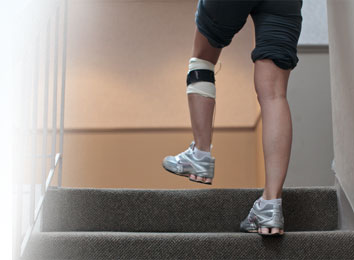 Gait technology should be considered at any time post stroke to improve walking ability particularly where traditional rehabilitation approaches have not been successful in restoring a safe, functional gait pattern.

Dropped foot stimulation addresses issues such as increased muscle tone – spasticity that impedes normal ankle movement where the foot is fixed in an inverted position during walking.

The accompanying video demonstrates how the Odstock dropped foot stimulator reduces spasticity at the ankle joint and assists in normalizing the position of the foot when walking. Additionally, a carry over effect is seen when the stimulation is turned off after walking with stimulation.

Dropped foot stimulation provides benefits often impossible to achieve with traditional gait training approaches. Increased gait speed, safer gait that requires less effort and a “carry over”effect that helps normalize the gait pattern when stimulation is turned off are some of the benefits seen with the application of the Odstock dropped foot stimulator (ODFS) in neurologic rehabilitation.